Isn’t it ironic that I would finally find a few moments to blog right on April 1st? Now, who will actually believe anything I write? Add to that earlier prank on our Facebook page and we’re definitely not boding well in the “we’re-not-kidding” department.

So what’s new in the wondrous world of L2Ork? With the new Institute for Creativity, Arts & Technology (ICAT) research engine revving up, things have been particularly intense over the past couple of months. pd-l2ork development has been also intensifying. The latest version (no April fool’s joke) includes intuitive tooltips, infinite undo, an array of GUI improvements, and a revamped Wiimote connectivity.

The most notable development is the upcoming performance at the first international Symposium on Laptop Ensembles & Orchestras that will take place at Louisiana State University April 15-17. L2Ork will be one of the four guest ensembles (also featuring European Bridges Ensemble, LSU’s Laptop Orchestra Louisiana, Mobile Performance Group, and Princeton’s Sideband) performing on April 16th @ 10:30pm in the Varsity Theatre. Hope to see you there!

I am also pleased to report we’ve had two additional publications accepted to conferences, including aforesaid SLEO, and the upcoming NIME conference. One deals with our ongoing work on integrating Taiji mind-body practice, while other is explores our most recent project in collaboration with the Roanoke’s Boys & Girls’ Club of Southwest Vriginia.

The other day, most of the l2orkists added their own signatures on the beams that will soon find their way into the new Center for the Arts at Virginia Tech. The center will also be the home of the aforesaid ICAT. Until I upload the latest photos from my camera, check out our Twitter feed for a photo from the event.

Lastly, on April 30th, L2Ork will be also performing at home in the Studio Theatre as part of the spring 2012 DISIS event. We also have some special guests planned for this event so stay tuned for more exciting updates soon! Until then, happy April Sages day everyone :-) 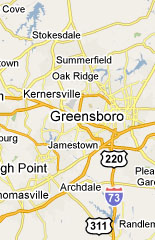 Things are off to a rather hectic start–we are already less than a week away from our first mini-tour of the 2010/11 season. L2Ork will be stopping by Duke University on Sept. 19th for an outdoor performance (weather permitting), followed by a lecture recital at WSSU on the 20th. Finally, on 21st we will be featured on two concerts as part of the UNCG’s New Music Festival. For additional info on the performance times and locations, see the Events page.

Hope to see you there!